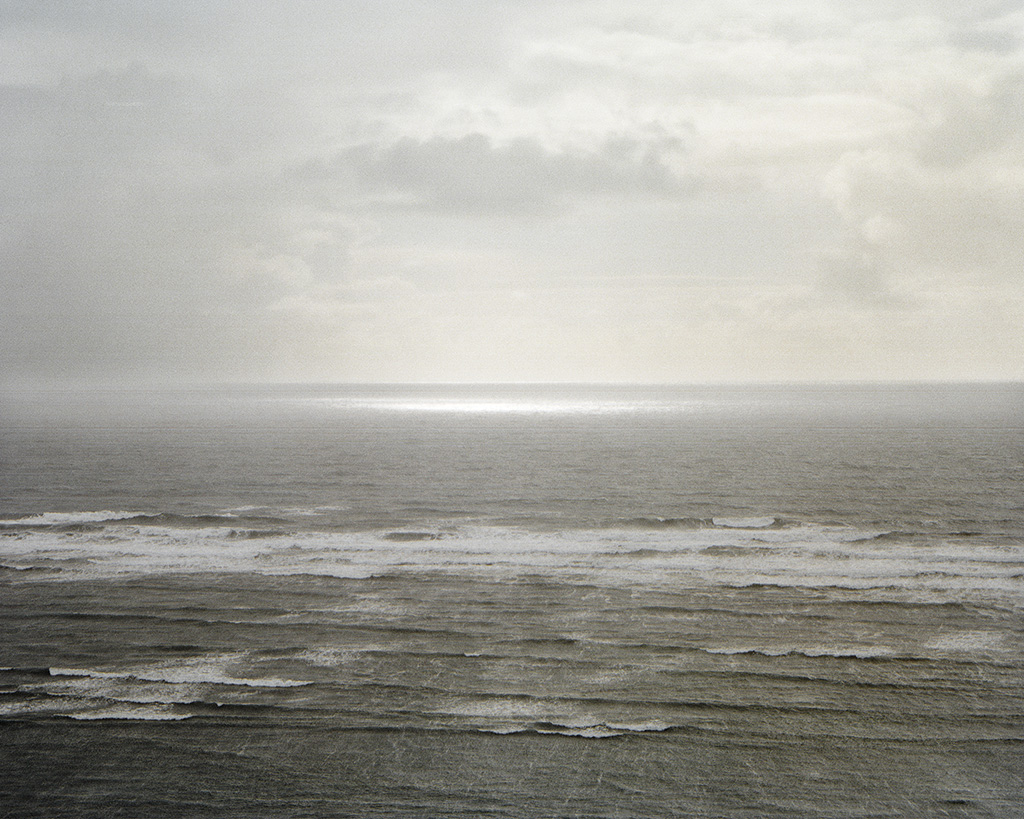 After a meticulous hunt for several days at the top of the Chassiron lighthouse, this image appeared to me, a gleam fell from the sky which came crashing into the soft and cold waves, like a storm in a glass of water.

I finally held an image, it would be at the exact confluence of the sublime and the kitsch, it would quote romantic painting with a distanced humor. Or else it would be just ridiculous, as bad as a garden gnome.

This series includes only this image and there is only one large print. I like the paradox of an ocean reduced to almost nothing.